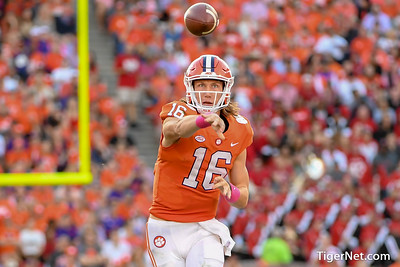 While this year’s NFL draft drew national network coverage and hoopla galore, a story that remained in the background concerned the faith of #1 pick Trevor Lawrence.

I learned of it after the first round, when a Christian news service ran a story under the headline: “The community that helped build Trevor Lawrence.”

It told of the new Jacksonville Jaguars’ quarterback growing up at Tabernacle Baptist Church in Cartersville, Georgia, located about 40 miles north of Atlanta.

“I saw what a Christian man should be when I was around them. God uses those circumstances, and when I look back on the people that God put in Trevor’s life, I see the results today.”

I realize that headlining a well-known figure’s faith constantly could quickly grow tiresome. Yet it’s interesting that of all the coverage that has swirled around the former Clemson star in recent years, this is the first time I read of the influence God had on his life.

It seems that faith exists in a kind of media blackout, a private matter: “That’s fine if you feel that way, but don’t bother us with it.”

Yet, faith is often the reason the person is where they are today, doing what they are doing, and succeeding at their pursuits.

Interestingly, Trevor Lawrence isn’t the only person from Cartersville whose faith influenced their life.

More than 30 years ago, I ghosted the testimony of the late musician and songwriter Jackey Beavers, then an executive assistant to Gov. Joe Frank Harris.

His faith was so important to him that in his evening hours, he pastored a small church that held its midweek service at the courthouse in Cartersville.

My wife and I had the chance to stop and visit one Wednesday en route to see our daughter and son-in-law, then stationed at an Army base in Alabama. 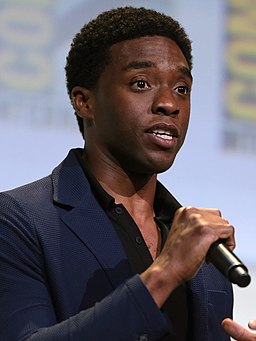 It was the only time I met Beavers in person, stop by his house, and see the gold record hanging in his living room. He received it for coauthoring “Someday We’ll Be Together,” which he recorded in 1961 and became a megahit for Diana Ross & The Supremes in 1969.

In addition, we were blessed after the Bible study when Beavers handed me about $65, saying they had taken a small offering to help us with our trip.

The money came in quite handy when our car developed starting troubles after we got to Alabama. We used it to buy new sparkplugs and a distributor cap.

Thinking about this brought back such fond memories that I dug into my clipping notebooks to re-read Beavers’ story. It reminded me of how Beavers had been involved in the nightclub business, but after several signs from God, he gave his interest to his brother and walked away.

As with Trevor Lawrence’s faith, stories like this go largely untold. Ironically, the week after I read about Lawrence, I saw a story in a Christian magazine about the wife of the late Chadwick Boseman. She spotlighted her husband’s faith when accepting a Golden Globe award for his work in Ma Rainey’s Black Bottom.

Once again, despite the Black Panther’s star’s acclaim, it was the first time I had ever read about Boseman’s faith. Such things always shine a different light on reality.